At some point, I plan to add a video tutorial on how to play the game. I’m lazy by nature and shy, so this will take some time. For now, please scroll this page to see an example gameplay with screenshots. 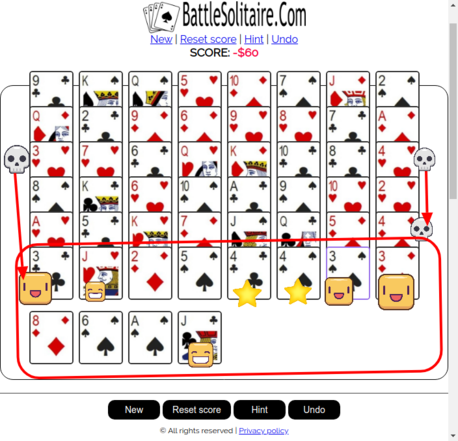 Picture 1:
This is the opening screen of the game. Eight columns, six rows, and four extra cards. The player can remove cards from the bottom row, and from the extra cards. The opening score is -$60. You can remove pairs of equal cards. There are plenty of options to start the game. There are three 3s, two 4s, and a pair of Jacks. Two of the three 3s can be removed in any combination. However, look at the first column. There is another 3 up there. If you remove the two 3s on the right, and leave the two 3s in the vertical column, then this will basically lock this column, because there is no way to remove these 3s. Let’s call this situation a “deadlock”. It is not a good idea to remove the two 4s too, because this is going to leave a deadlock of 4s in the last column on the right. I will start by removing the 3s in the first and the last column. Click the first card, and then click the second card in order to remove them. 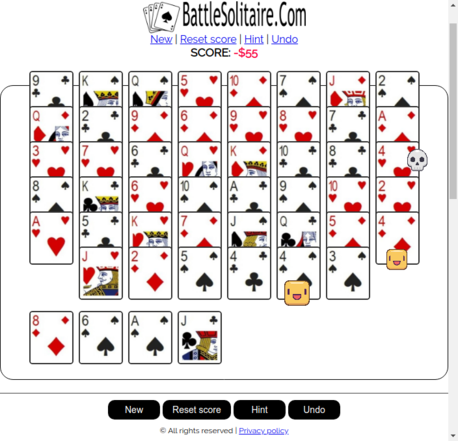 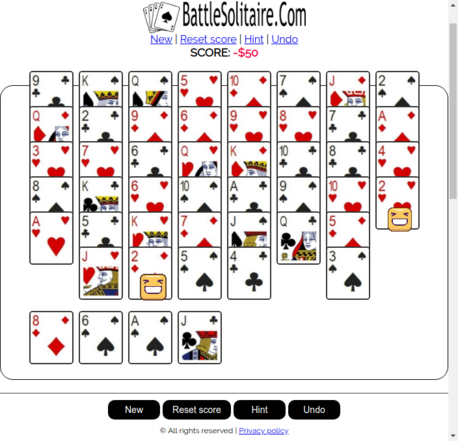 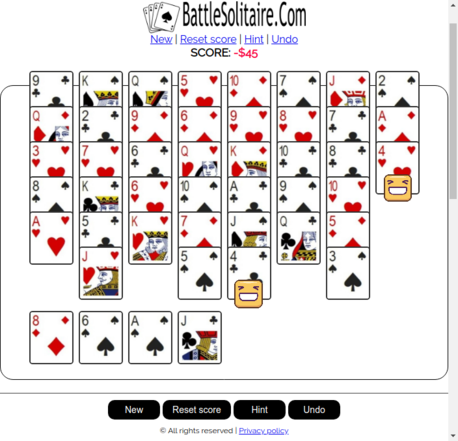 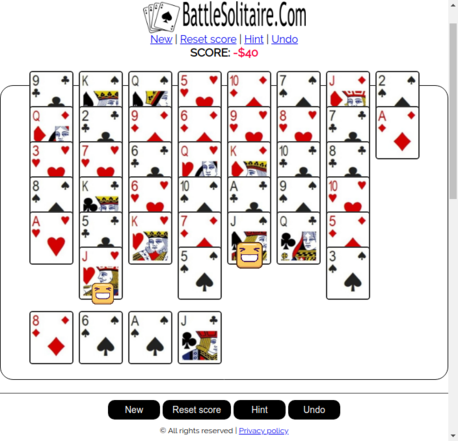 Picture 5:
Now a pair of Jacks. 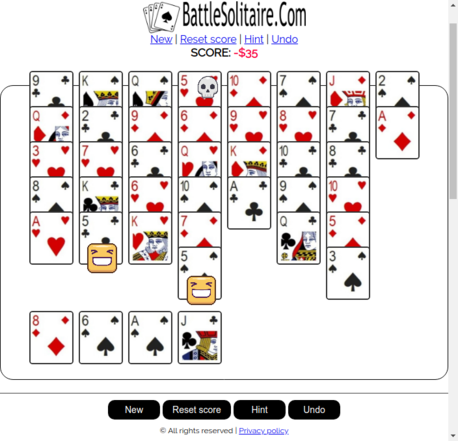 Picture 6:
By removing these 5s, we clear a deadlock in the fourth column. 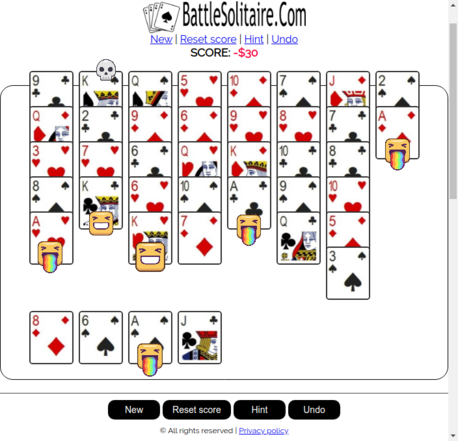 Two Kings and four Aces are removed in a few consecutive moves. A deadlock of Kings is cleared during the process. Notice that it’s the first time that we are using one of our four extra cards. 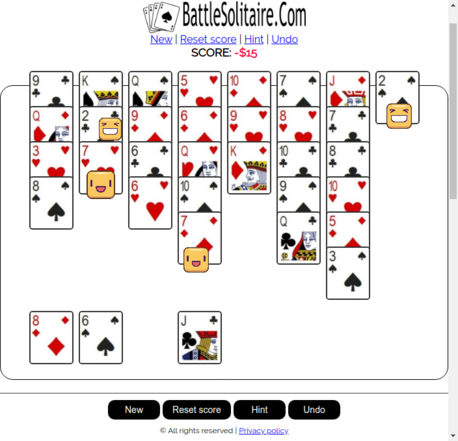 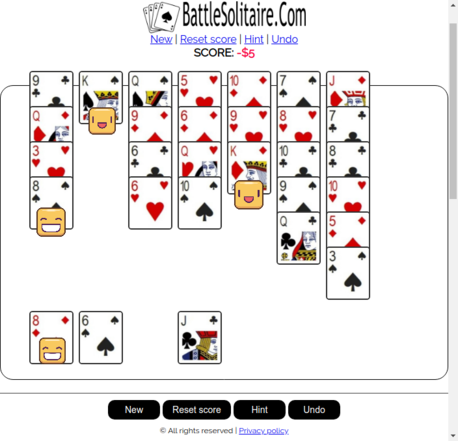 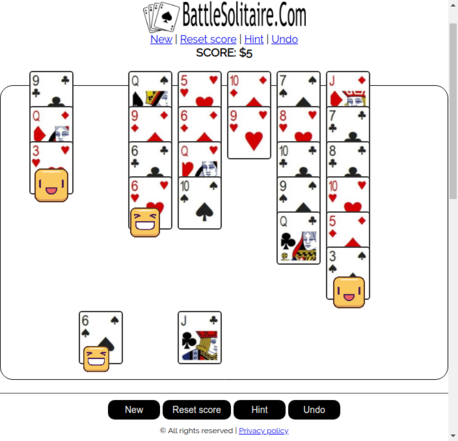 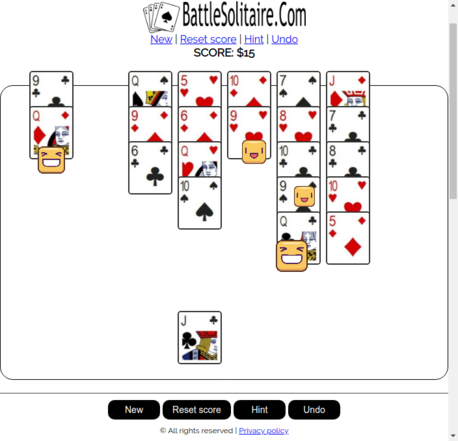 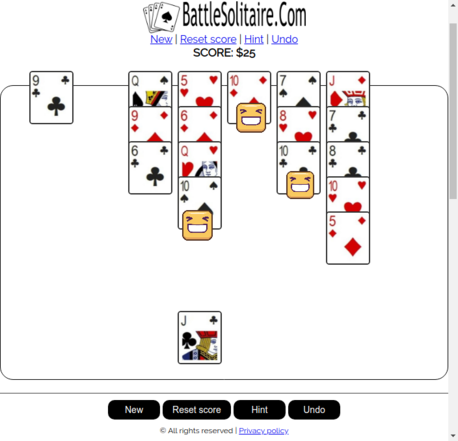 Picture 12:
And suddenly, our game has come to an end. The only moves that are left are to delete some of the available 10s. Once this is done, a message that there are no further moves will pop up. 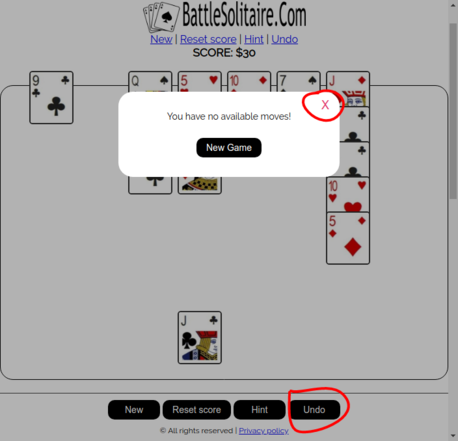 You can take an alternative approach too. Click the “X” button to return to the same game and then click the “Undo” button to move back up to the beginning of the current game and test a different strategy, if there is such.